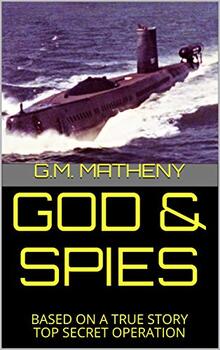 GOD & SPIES
BASED ON A TRUE STORY
TOP SECRET OPERATION
GM Matheny was a US Navy saturation diver on the nuclear submarine USS Halibut. Involved in "Operation Ivy Bells". America’s most important and most dangerous of the Cold War clandestine operations. If you like good old fashioned American bravado, espionage and American history, you will enjoy this book.
Based on True Events -The Mount Everest of Spy Missions
Firsthand account of history's greatest intelligence coup. Operation Ivy Bells was not a onetime intercept of foreign intelligence, but an ongoing operation of multiple Soviet military channels, twenty-four hours a day, seven days a week, which lasted for years! Another reason for the high interest in our operation was the audacious nature in which it was done—with not one person risking his neck but a whole crew of a nuclear submarine.
How did I end up as a navy diver, four hundred feet down in a frigid Russian sea? After making my dad totally disgusted with me, I set out to make him happy. “Honour thy father”  - I struggled with a decision to serve God. “Lord, I will give my life to you and serve you if you let me make this dive.” But I had the impression He only wanted to know one thing: “What if I do not let you? Will you serve me anyway?”
BOOK EXCERPT "The tenders in the dive chamber who are bringing in Red Diver’s umbilical cable, unexpectedly have his cable ripped out of their hands! One of the tenders says, “What’s going on?” Matheny’s fins have landed back onto the first leg of the DSRV, which keeps him from sliding back any farther. He then pulls toward him about 30 feet of his umbilical cord and makes a dash for the next leg coming down from the DSRV. He makes it, but the red light shining in Matheny’s face is reminding him he is running out of time. From his position, he can see the light shining down in the water from the entry point back into the dive chamber. He positions himself to push off the last leg of the DSRV so he can enter the dive chamber. Then unexplainably he is again jerked backward with another sharp pull! This time his face mask slams into the leg of the DSRV. Matheny hurriedly makes a grab for this leg clinging to it."
See video GOD'S WORKING IN THE DEEP under "HELPFUL VIDEOS". ​
Paperback 273 pages, $12.90 https://www.amazon.com/dp/1075452430
Kindle $6.30 https://www.amazon.com/dp/B07TCSLFWR 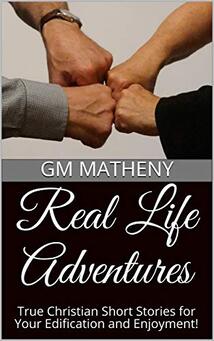 Real Life Adventures:
True Christian Short Stories for Your Edification and Enjoyment!
​0.99 CENTS! Kindle, https://www.amazon.com/Real-Life-Adventures-Christian-Edification-ebook/dp/B07XXG21RH/ref=sr_1_1?keywords=Real+Life+Adventures&qid=1568641163&s=digital-text&sr=1-1
​
Paper back, https://www.amazon.com/dp/1693371936?ref_=pe_3052080_397514860
Of the short stories that follow, a few of them will not be considered “adventures”, but they are all true, from a US Navy diver in Soviet territorial waters to being on a train with six small children in Europe. Some are funny or serious but all are helpful for our Christian walk. Adults and young people enjoy these and parents may find it helpful to read them to their children. 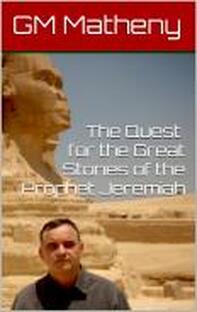 The first book in our Quest Series.
Stories about mystery or adventure have planted the thought that you have to be single and chasing your girlfriend to have any fun, and at the end of the story the couple embrace, kiss, and then on the screen or the printed page, appears “The End.” The unspoken thought is, when you settle down and get married, the fun is over! My wife, Nancy, our son, Caleb and myself, with Jesus Christ as our leader, made our own “special ops team”, gathered “intelligence” and set off on an adventure of discovery! This took place between February 2005 and October 2008 and shows how Christians armed with the Bible found what the scholars could not.
What others are saying. Garry Matheny makes a terrific adventure story out of just two verses in the Old Testament Book of Jeremiah. The amateur sleuth, author of The Quest for the Red Sea Crossing, again beats some of the world's top archaeologists at their own game, and you get to go along for the ride. You'll enjoy it!
Both paperback and Kindle eBook. https://www.amazon.com/dp/1981082832                ​ 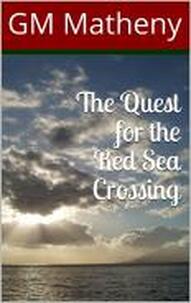 The Quest for the Red Sea Crossing
(Can be read for free in section "FREE BOOKS")
The second book in our Quest Series
(Should be read before The Quest for Mount Sinai.)
Did the ancient Egyptians leave an account of the Red Sea (Yam Suf) crossing? Most people who have studied this would respond, “But the ancient Egyptians never monumentalized their defeats.” Yes, and today no one is expecting to find an ancient Egyptian inscription that says, “The God of the Hebrew slaves beat us up.” However, there is an Egyptian legend (not the el-Arish Shrine) that does more than just lend itself to the sea crossing by Israel. It is about a battle between two Egyptian “gods,” and in this battle, the “good god,” who represents Egypt loses (something very rare), and the “bad god,” who represents the foreigners wins, and it takes place at the bottom of the sea! And what is of more interest is that this takes place right in front of the four place names of the Red Sea/Yam Suf crossing, as given in Exodus 14:2! (Pi-hahiroth, Migdol, Baal-zephon, and “the sea.”) But because this Egyptian legend was said to have happened in an unexpected location, it has been passed over.
Both paperback and kindle. https://www.amazon.com/dp/1982966114 ​ 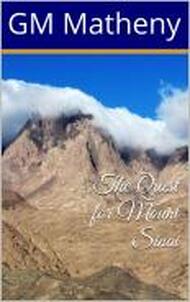 The Quest for Mount Sinai
This book is for FREE!     See "FREE BOOKS" at top of page.
The third book in our Quest Series.

A pharaoh of Egypt went to Mount Sinai and engraved his named there! In December 2013, two years after EXODUS was first published, an inscription made by a pharaoh of Egypt was found at Mount Gharib, which I have proposed as Mount Sinai. And more than a hundred years ago, a hieroglyphic inscription was found in the East Nile Delta, also made by a king of Egypt, describing an expedition to a location the scholars have hotly debated. But the location is now confirmed, for the same king made both inscriptions, and he found something there that only Israel could have left.
Both Paperback and kindle eBook. https://www.amazon.com/dp/1983006815
https://www.amazon.com/dp/B07DBF8TYV ​
Was Phil Robertson of "Duck Dynasty" judging?